This page contains Amazon affiliate links. As an Amazon Associate I earn from qualifying purchases. If you make a purchase through one of these links, I earn a small commission at no extra cost to you.

For most of my early career the four most destructive words for my productivity were “leave it with me”.

Whether it was a team mate, my boss, or a customer, those four words – leave it with me – fed into a vicious cycle. I became overloaded with low value work, draining me of my enthusiasm and leading to burnout.

But why? What is it about those four little words that causes such as big problem? And why did this same problem follow me from job to job for so many years?

When someone approaches you with a question or a problem, your instinct is to help them. You give them the answer, or give them the solution. And you give it to them as fast as possible. Because you have a lot of work to do, so the faster you can help them, the more productive you feel.

(By the way, if your instinct is not to help them, there’s a chance you’re already at the burnout stage in your role. Keep reading.)

This is the helpfulness trap. By providing answers, we train people to take the easy way out. We create an overdependence on ourselves to solve other people’s problems. This leads to more questions and problems coming our way.

But not all questions have easy answers, and not all problems are fast. So, short on time, we utter those four little words – leave it with me.

(You might be using a variation of those words, such as “Let me think about it”, or “I’ll have to look into that and get back to you”.)

Now we start to feel overwhelmed. There’s too much work to do, and too many people needing our time and attention. We owe people answers. We get the sense that we’re so busy solving everyone else’s problems that there’s no time to solve our own.

And it’s likely that we’re holding on to other people’s problems that we don’t even fully understand. So now some of our time is being spent on things that we think need to be done, but probably don’t.

The end result is our days filled with other people’s work that has little to no meaningful purpose. This disconnects us from what motivates us, causing us to become disengaged at work. And the cycle continues. New problems are piled on our plate, creating stress, anxiety and frustration.

This leads to burnout.

So what can we do differently? How do we avoid this vicious cycle? Is it as simple as saying no when people ask for help?

No, it isn’t, because we are in the business of solving problems. But the real solution is not as complicated as you might think. However, it does need us to change our own habits.

In fact, what we need to develop is a coaching habit.

What Does Coaching Have to do With It?

The essence of coaching lies in helping others and unlocking their potential.

By viewing each of those scenarios as a coaching opportunity, you can help others to increase their self-sufficiency. This enables them to do more without you. Your workload is reduced, and it removes you as a bottleneck for others. It frees up more time for you to work on things that matter, which increases your level of motivation and engagement. You have less work, but have a greater impact.

In other words, developing coaching habits solves the problem of over-dependency, overwhelm, and burnout.

The Seven Questions to Ask

So where do we start? As Bungay Stanier puts it:

A little more asking people questions and a little less telling people what to do.

When presented with a problem, instead of jumping in with solutions Bungay Stanier provides seven questions to ask:

Let’s break that down. First, let’s consider an example of bad habits.

Your team mate Jeff comes to you with a problem. “Bob from the Finance department says the daily reports aren’t showing up on time.” Your instinct is to be helpful and solve the problem. The database server is probably running slow. “Leave it with me”, you say to Jeff. And off he goes, content that Bob’s problem is yours to deal with.

Now you’ve fallen into the helpfulness trap. You’re already busy, and were interrupted from some other task to talk to Jeff. Now you’ve got Bob’s problem on your plate as well. And you’ve got no real idea of the scope of the problem, what the root cause is, or what the priority is for getting it solved. It could be anything from a minor complaint by Bob, to a full blown crisis with millions of dollars at stake. And if your first hunch (the database server running slow) turns out to not be correct, you’ve got to keep working to find the solution.

Let’s look at the same situation as a coaching opportunity.

Jeff: “I need your help with a problem.”

Jeff: “Bob from Finance says the daily reports aren’t showing up on time.”

Jeff: “Well, I’ve checked the database server, and it seems to be running fine. I’m not sure what to do next.” (Ah-ha! Jeff has already checked the most obvious cause.)

You: “Good, I would have checked the server performance as well. I can think of a few other ideas, but what else do you think might be causing the problem?”

Jeff: “I guess the schedule might be set to start too late.”

You: “I agree. And what else might be possible?”

Jeff: “Maybe the report itself has a problem.”

You: “That’s possible too. So what’s the real challenge here?”

Jeff: “Well, I’ll try setting the report schedule to run earlier. But if that doesn’t work someone will need to look closer at the reports.”

Jeff: “Can you look at the reports to see if they have a problem?”

(This is where you need to ask yourself, if I say yes to this, what am I saying no to?)

You: “No, I can’t. I am working on the firewall project for the rest of this week. Tell Bob that if the schedule change doesn’t fix his problem, you’ll put a job in the system to have the reports checked next week at the earliest. If he needs it done sooner, he will need to approve a contractor to come in and help with it.”

You: “Great. So, what was most useful for you?”

Jeff: “Well, it’s good to know that checking the server performance was the right idea. And that we can adjust the report schedules if we need to. I also didn’t realize we could get outside contractors in to help with this kind of problem.”

Is It All About Saying No?

The goal of those questions is not to avoid saying yes to things. As Bungay Stanier writes in the Coaching Habit:

The goal here isn’t to avoid ever providing an answer. But it is to get better at having people find their own answers.

Problems and questions will still come your way.  If you’re a person will skills and knowledge, or the responsibility to deal with certain tasks, then people will still come to you for help. Running through the seven questions ensures that only the work you should really be doing ends up on your plate. Putting it another way:

…the secret to saying No is to shift the focus and learn how to say Yes more slowly. What gets us into trouble is how quickly we commit, without fully understanding what we’re getting ourselves into or even why we’re being asked.

And, we can’t always say no. There are many situations where saying yes is the only possible outcome. That could be because there is nobody else who can solve the problem. Or because a customer is paying you to do it. Or because your boss is making it non-negotiable. And that’s okay, because those situations where yes is the only answer should have more time to be dealt with if you’ve offloaded the other meaningless work from your plate.

The seven questions put us in a better position to say yes, but slowly. It ensures that we accept responsibility for a problem only after we have a better grasp of the situation. This helps us to avoid overcommitment from agreeing to impossible deadlines, which is extra stress we don’t need in our life.

Does This Make Me a Difficult Person to Deal With?

It’s hard to say no to people, especially when you’re saying it right to their face. But we’re not always saying no. If the answer is yes, we’re just saying it more slowly. And we’re only saying yes to what really needs our attention. That doesn’t mean we need to be difficult to deal with for the people asking for our help.

They key is to not be a robot about it. Add some warmth to your voice. Show interest in the person’s problem and their answers to your questions. Vary your questions, but don’t stray far from the formula.

I would encourage you to skip the small talk, and get to the first question promptly.

You: “Good thanks. What’s on your mind?”

From there, you can progress in a friendly way. Notice in the example earlier I wasn’t simply repeating the “And what else?” question over and over. Instead, I acknowledged their answers before asking the next question. “I see. And what else?”

If your fear is that you’ll become known as The One Who Always Asks Those Questions, ask yourself this. Is that a worse outcome than being overwhelmed with other people’s jobs and getting burned out?

Besides, there’s a good chance your fears are unfounded.

…most likely you can think of someone in your organization who seems to be able to “hold the line” and stop that aggregation of small tasks and additional responsibilities that, for the rest of us, eventually consume our lives. That person might not be the best-liked person in the organization… but they’re likely to be successful, senior and respected. And that’s because they know how to say yes more slowly than you do.

How to Learn the Coaching Habit

In this article I’ve summarized the seven questions from the Coaching Habit, and how they can help you to avoid becoming burned out on the job.

But there’s a lot more nuance and reasoning behind the questions. And it’s worth learning about them in more detail. The book itself is a little over 200 pages in print, with a bunch of extra material at the back. I read through it quite fast, because it was so immediately helpful to me. It only took the first few pages for me to realize how I’d been dealing with requests for my help the wrong way for so many years. Hindsight is a wonderful thing. But there’s been a benefit since reading it as well. The Coaching Habit has helped me to reduce my problem load at work and at home. And ultimately that helps everyone, not just me.

Photo by Ethan Weil on Unsplash 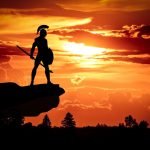 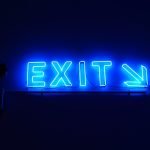 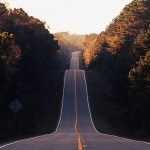 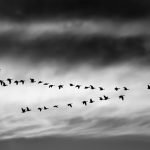 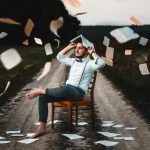